Mainly found in the North of England, the Wensleydale is the result of a cross between the now extinct Teeswater Muggs and a Dishley Leicester ram, this produced “Bluecap” the foundation ram of the Wensleydale breed (1839). 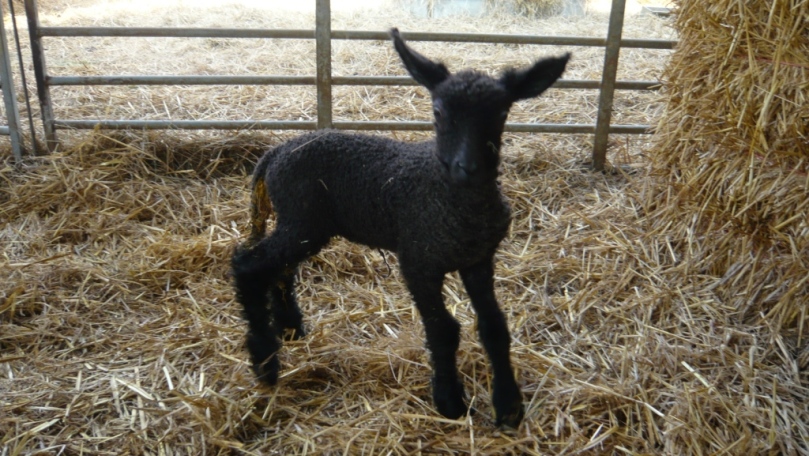 For some time there was debate as to what the “proper” breed type should look like and although this feud in the end was resolved, the popularity of the Wensleydale began to decline. By 1973 there were only 226 ewes put to the ram and the breed was placed on the critical list, but from this point the numbers slowly began to increase until they were upgraded in 1995 to “at risk”. 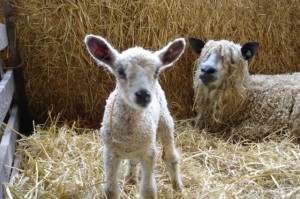 The Wensleydale is a large sheep with a blue face and forelock, no horns (polled), and is noted for its very fine, long, curly fleece valued by hand spinners and the woolen industry alike. It is used to blend with shorter wool when a stronger yarn is needed, also for spinning fine lightweight material.

The fleece can weigh up to 9kg and the length up to 30cm (1ft)! Imagine its weight on a really wet day!

As well as excellent wool the breed had been developed to provide rams for crossing with ewes of the Black-faced mountain types, which are then mated with a lowland ram to produce either breeding stock or lambs for the market.

This website uses cookies to improve your experience while you navigate through the website. Out of these, the cookies that are categorized as necessary are stored on your browser as they are essential for the working of basic functionalities of the website. We also use third-party cookies that help us analyze and understand how you use this website. These cookies will be stored in your browser only with your consent. You also have the option to opt-out of these cookies. But opting out of some of these cookies may affect your browsing experience.
Necessary Always Enabled

Any cookies that may not be particularly necessary for the website to function and is used specifically to collect user personal data via analytics, ads, other embedded contents are termed as non-necessary cookies. It is mandatory to procure user consent prior to running these cookies on your website.