Originating in the Midlands, the Tamworth is the closest to the traditional pig that would have roamed the woods of Britain in medieval times and whose ancestor would have been the wild boar. 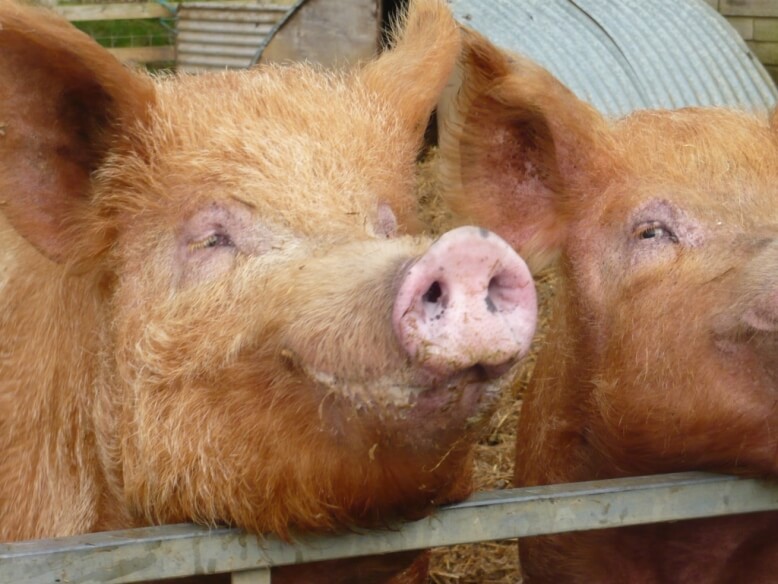 It has not been influenced like some breeds, by the Chinese pigs that were imported to improve our own native species. The Tamworth is an ancient British breed.

The Tamworth is a large, red or ginger pig with a shout inherited from the wild boar. The red coloring was influenced by the Red Barbadan or Axford pig from the West Indies. This accounts for it’s resistance to sunburn (unlike people with red hair!). It has large pricked ears and is a hardy outdoor pig.