A hardy, active sheep, bred to graze the heathlands and the poorest soils. Lean and long-legged and often bare bellied. 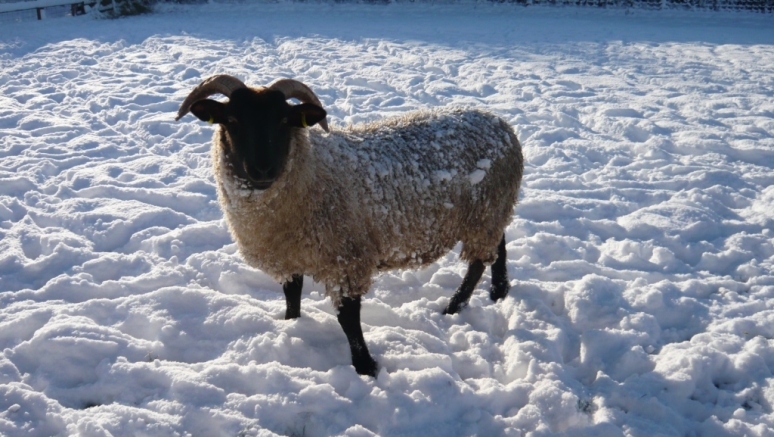 A sheep in the deep snow in winter

In the 18th century the breed began to lose favour, and other more popular breeds started to replace them, such as the Southdown. Many Norfolk Horns were inter bred with Southdowns to improve them, the Suffolk being the result. In 1846 it was commented that a perfectly pure Norfolk was becomming rare and would soon cease to exist.

By 1907 there were just 10 or 11 flocks in East Anglia, and by the end of the first world war only 1 flock remained of 6 ewes and 7 rams. The plight of the Norfolk horn was the catalyst needed for the foundation of the Rare Breeds Survival Trust ( or RBST). Church Farm Rare Breeds Centre (Farm Park), Stow Bardolph