CLOSED DUE TO NATIONAL LOCKDOWN

The Manx Loaghton is a primitive breed of sheep that has roots way back, probably to the Iron Age, and although it was once found in many parts of Britain it only survived on the Isle of Man because the island was relatively isolated. 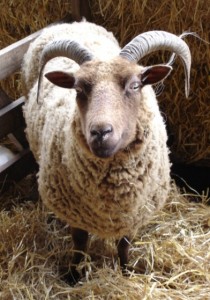 Before the 1700′s the Manx were a variety of colours and the wool was used in a number of ways. In the 18th and 19th centuries the Manx population was displaced by the gradual introduction of “improved” sheep to the Isle of Man, and at this point all colours apart from the Loaghton, which was favoured, were bred out. However commercial dyeing grew in importance and the coloured sheep lost their popularity.

Until the 1970′s there were only a handful of Manx on the island, and it appears that their survival to this day has largely rested with various private enthusiasts along the way. 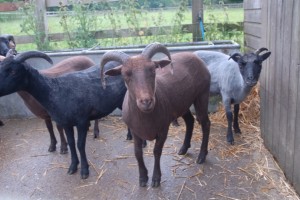 This is a small breed of sheep with fine bone structure and a half length tail. It is multi-horned, usually two or four but sometimes six. The horns on the ram are strong and large, those on the ewe small.

The word Loaghton means mouse brown and this has become the established colour in the Isle of Man where many of the breed are to be found. The wool is in demand for its natural colour and is used for underclothing, socks and knitwear.

The meat is lean and well flavoured. The head of the Manx Loaghton ram is to be found on the coins and stamps of the island.

This website uses cookies to improve your experience while you navigate through the website. Out of these, the cookies that are categorized as necessary are stored on your browser as they are essential for the working of basic functionalities of the website. We also use third-party cookies that help us analyze and understand how you use this website. These cookies will be stored in your browser only with your consent. You also have the option to opt-out of these cookies. But opting out of some of these cookies may affect your browsing experience.
Necessary Always Enabled

Any cookies that may not be particularly necessary for the website to function and is used specifically to collect user personal data via analytics, ads, other embedded contents are termed as non-necessary cookies. It is mandatory to procure user consent prior to running these cookies on your website.