It is with deep sadness that we announce that Bernard our magnificent Suffolk Punch horse, at the great age of 24, had to be put to sleep this morning (Monday 19th November)

He had been under the weather for some time and following a recent visit to the horse vet, Rossdales in Newmarket we were advised that his time was limited.  He has lost weight and been picky with his food for a while but took a turn for the worse on Friday just nibbling the odd bits here and there. We kept a close eye on him over the weekend and then this morning he was very uncomfortable and in some pain.  So with expert advice we made the decision.  We would like to thank the Church Farm staff including Elise Howard who have cared for Bernard (and Belle) since he has been with us.  He was a magnificent animal with a gentle kind temperament and lived a very happy life.

Tollemache Bernard; to give him his full name, was one of the first animals brought into the farm from Tollemache Hall in Suffolk, when we opened in 2004 and is the last remaining resident from that time.  He has gone on to become a favourite with all our visitors and staff.  He has headed the St Winnold’s parade in Downham Market for many years and has been seen by literally thousands of people dressed in his finery at many events at the Farm.

We will all miss him very much as we are sure you will too. 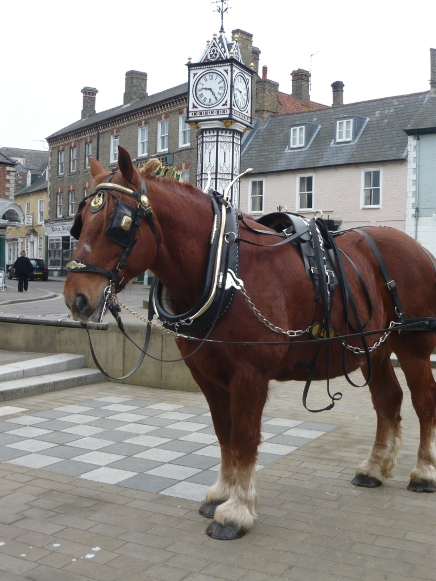